9 Movies that Predicted the Future of Tech

We have no problems suspending belief when we watch fictional movies - especially science fiction films. However, we need to realize that sometimes those seemingly far-fetched concepts may actually become technological advancements utilized in our world.

With props and elements sometimes created for a character’s convenience and efficiency, and other times developed purely for entertainment, here is a list of 9 examples where the extraordinary and sometimes completely outlandish, have come into being products and design that we use throughout our daily lives.

Stanley Kubrick’s film, 2001: A Space Odyssey, based upon the book by Arthur C. Clarke, addresses many themes such as evolution, existentialism, and extraterrestrial life. It also presents the concept of Artificial Intelligence being used as a part of an individual’s routine of work and life. HAL 9000, is the artificial intelligence that controls the ship’s functions and interacts with the crew throughout the story - similar to how AIs such as Amazon’s Alexa and Google Assistant are now entering smarthomes and workspaces today.

Smartphones and Tablets have all become ubiquitous tools we use to communicate to the world at any given moment. However, when Star Trek: The Next Generation first aired, we were just getting used to cellphones - and even those were a privileged product - let alone minicomputers controlled by touching a screen. Although, I have a feeling Captain Picard would have banned the use of Facebook and Instagram if he wanted anything accomplished on their mission.

Her (2013) - Wearables and Keyboardless Computers 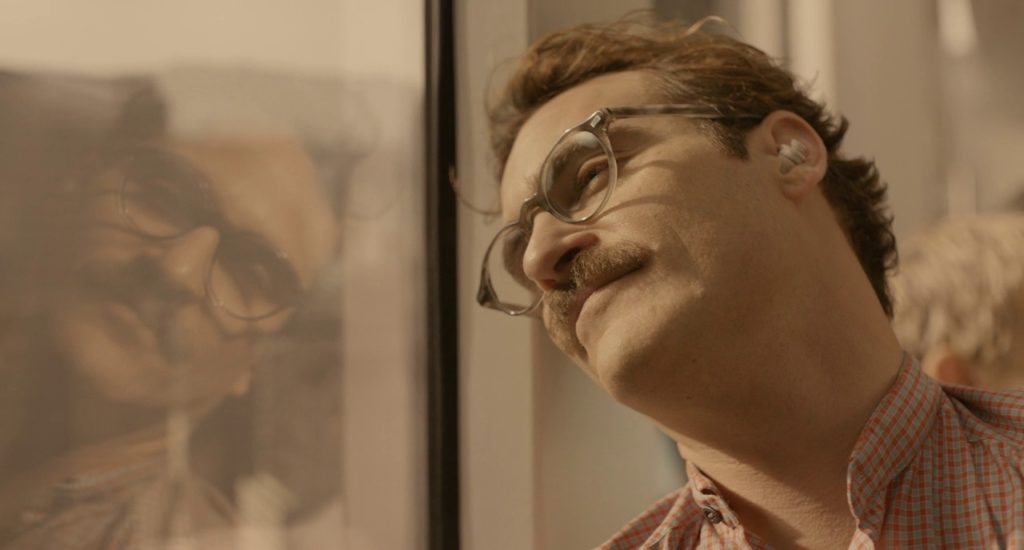 Her is a prime example of technological products culminating in a film. In a way, these products become a character and in that, help to define what actually the Internet of Things means. Aside from the fact that Her is the story of a man who falls in love with his OS, a highly advanced Artificial Intelligence, the film lends to introducing many products that have found themselves into everyday use over the last couple of years. From AIs that communicate through speech, to keyboardless personal computers, to fashionable wearables such as wireless earpieces, Her lives in the present while looking back to the future.

Although it does not necessarily present a tangible product or prediction of what an AI future will be like, Ex Machina does center around the theme of machine learning - a current buzzword. Throughout the story, an AI undergoes a series of Turing Tests (or interviews) to decipher just how “human” it has become. Can it think? How does it process thought? Can it deceive the interviewer? While today, we do not have human-looking AIs confusing us to the possibilities of whether or not they are human, we do teach computers to teach themselves. Whenever you question your Alexa or Assistant, it becomes smarter and in turn, is well on its path to becoming more intelligent. What it will do with that intelligence, that is still to be determined. 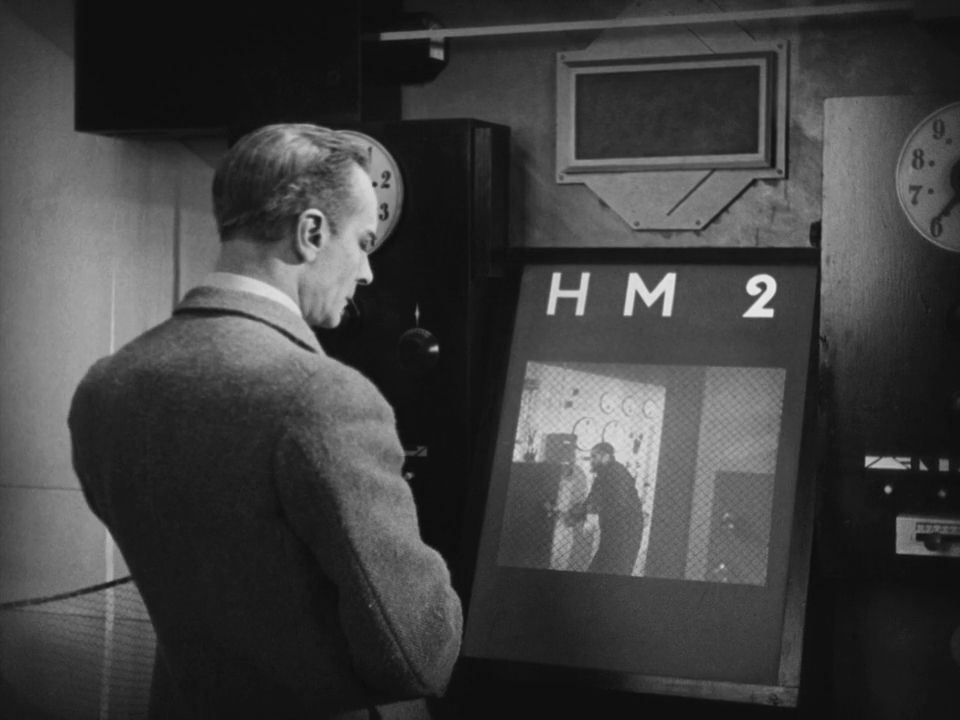 Video calls are as ever-present today as texting and emailing. Whether your preference is Skype, FaceTime, or GChat, chances are you’ve communicated with friends or family at some point using this kind of technology. However, think how far-fetched and downright crazy the concept of a video call would have been to audiences when Metropolis was released in 1927 - the year itself where film had moved from the silent era and had just started to be produced with sound.

Today, marketing firms directly target product advertisements to individuals and broader demographics using big data and algorithms with tools such as Facebook and Google. This was not always the case, especially when Philip K. Dick wrote Minority Report in 1956. Even when the movie version appeared in 2002, this never would have crossed our minds on the level that it is utilized today. We never would have thought that companies would have had the ability to advertise to our personal tastes like the ones that floated around Tom Cruise as he went from place to place.

Moon is a portrait of a technologically autonomous society where Sam Rockwell’s character spends his hours working on a moon station overseeing the mining of Helium-3, a pursuit driven by an oil shortage on earth. We are in a world that seeks new and renewable forms of energy, and although it will be some time before we are getting our everyday resources from space, there are now a handful of private companies such as Moon Express and Deep Space Industries who are developing the technologies and working to write the legislation to put this endeavor into motion. 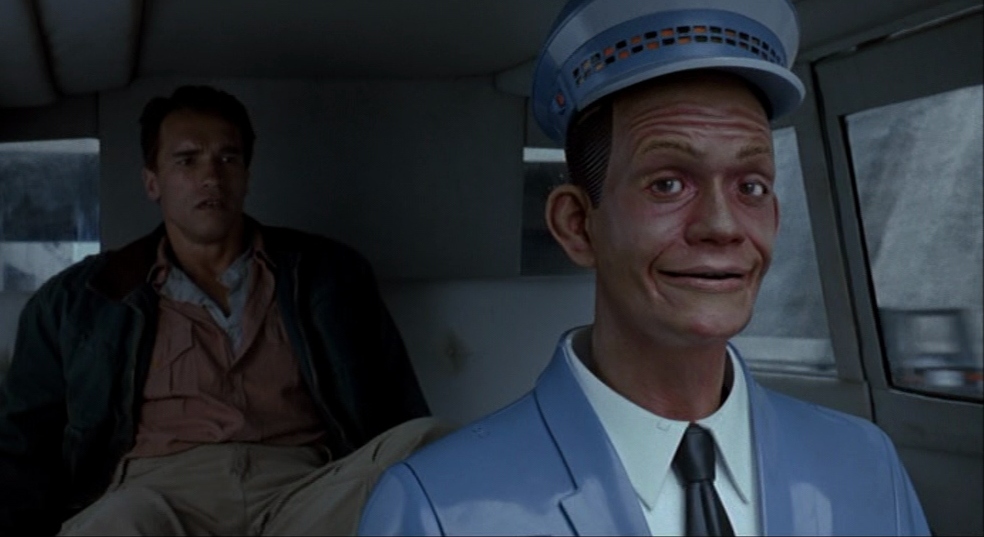 Before Tesla, Uber, and the ever-growing list of companies who are researching and developing self-driving cars, Total Recall introduced the robotic driving, Johnny Cab. During a chase sequence, Arnold Schwarzenegger comically finds himself struggling to communicate with the autonomous robot - ironically developed to bring convenience and ease to human lives. On an interesting note, Total Recall was another adaptation of a 1966 short story from Philip K. Dick.

When Blade Runner first hit the screens in 1982, entertainment centers like Times Square were still dominated by painted and stationary billboards with only occasional ads comprised of lights - actual light bulbs. This new future however was digital. Full moving, inescapable, digital ads. Taking a walk through Times Square today, it would be hard to image the motionless and non-glaring existence it was just 40 years ago. And yes, Blade Runner was once again another Philip K. Dick novel from 1968 that presented these concepts first. He seems to have been onto something.

This list is just a small sampling of how life can imitate art and design. Most of the time these innovations are helpful and bring convenience and efficiency to our personal lives and jobs. Other times, it can feel somewhat invasive like we are living in a dystopian science fiction. Overall, these are the complexities we will have to balance as we grow further into a technologically driven and progressive society.

Can you think of any other instances where a film or novel predicted or foreshadowed a technology used today? If so, feel free to add to this conversation in the comments section below.

If you have an idea that you’d like to develop and want to take the first steps and learn how to code, take a look at our many course offerings here.