Written by Cory Healy on December 02, 2016 in Amsterdam, Learn to Code, Technology

One question we’re asked often here at NYCDA is ‘why do you have eight locations in the U.S. and one in Amsterdam?’

To that we say: Why not Amsterdam? Here are five reasons why we’re ecstatic about being involved within Amsterdam’s growing global tech community:

1. Amsterdam Is A Collaborative Tech Ecosystem

From government initiatives to the vast network of talent accelerators and citizens, there’s been a massive effort on all fronts to make Amsterdam the next great tech hub of the world. As a result, it was recently declared the European Capital of Innovation by the European Commission, and also placed in the top three on the European Digital City Index for both Startup City and Scale-up City rankings.

Some of the brightest European universities can also be found in Amsterdam and surrounding cities like Delft, Utrecht, and Eindhoven—all of which actively play a role in shaping the tech ecosystem. There’s no shortage of talent, skilled minds, and collaborative opportunities between public and private sectors in the Netherlands.

2. The Abundance Of Co-Working Spaces + Our Partnership With B. Amsterdam

Co-working spaces are an integral part of Amsterdam’s startup community, which is why NYCDA’s home in B. Amsterdam is an ideal site for our students to learn. Located only a 20-minute bike ride away from downtown, B. Amsterdam is a prime example of Dutch ingenuity and cohabitation. With 250 companies hosted across 28,000 square meters, it’s the largest co-working space in the city.

“Since the system is so diverse and ranges from small startup to big corporate, we've had some interesting collaborations within this building.” says Manouk Meilof, Community Manager of the Amsterdam New York Code + Design Academy. “For example we've had some cool lunch & learns in the past year, and some of our graduates even found their first job in web development within this building.”

Manouk helped us build out our Amsterdam campus in November of 2015. Under her, Amsterdam’s NYCDA went from six students to educating over 100 ever since. We’ve also been lucky enough to partner with the B Start Up School Amsterdam (BSSA) to offer coding and design courses. BSSA was recently nominated in the “IT Educator of the Year” category at the 2016 Computable Awards!

3. Amsterdam Has A Long History Of Innovation And Transformation

Booking.com and TomTom are among the earliest successful tech companies in Amsterdam. Founded in 1991 and 1996 respectively, they serve as the earliest sign of the tech renaissance the city would undergo a decade later. Now that Amsterdam hosts European headquarters to the likes of Netflix and Uber, and accelerators actively nurture newly formed systems, Amsterdam’s ecosystem has been taken to transformative heights. 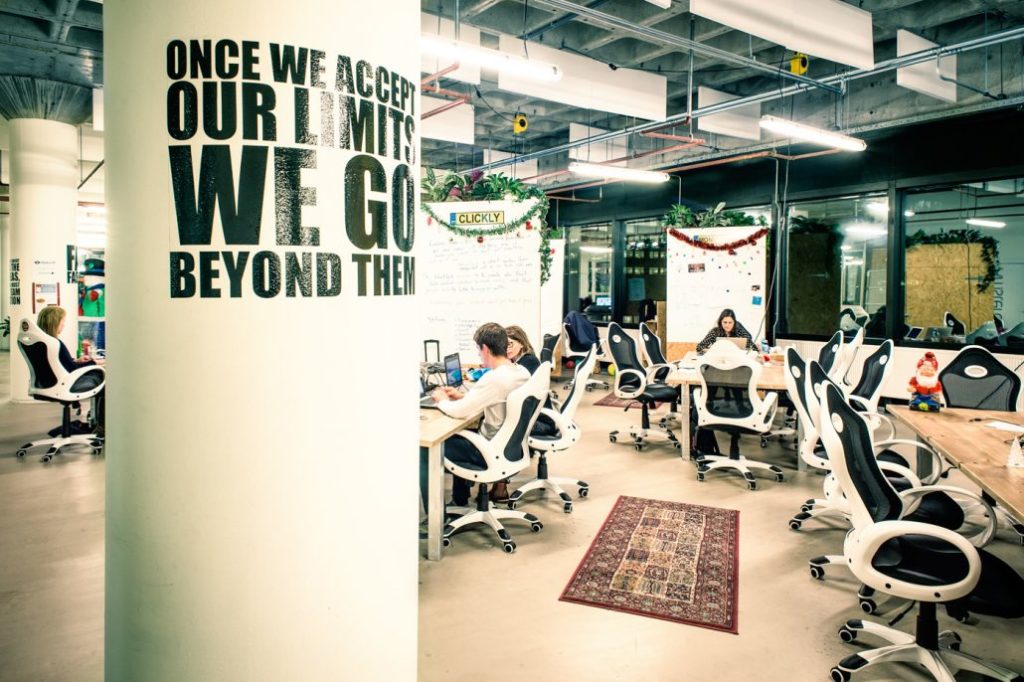 2006 proved to be a watershed moment in crafting the city’s startup legacy when The Next Web held its first conference. It not only became one of the most famous tech events worldwide, but it also opened the world’s eyes to the breeding ground of ingenuity offered by Amsterdam and The Netherlands at large. After the global financial recession in 2008, Amsterdam quickly recovered and fully formed out their startup community. Companies such as Adyen and WeTransfer proved to be agile and scaled up at accelerated rates.

Talent accelerators such as Rockstart and Startupbootcamp came into play in the early 00s, and continue to play a big role in the startup community. These accelerator programs help facilitate the early growth years of new and emerging startups, and help direct talent from recycled startups to newer ones. Specifically, Rockstart pledges resources and support for up to 1000 days, and numerous accelerators that have cropped up in recent years follow suit along the same lines.

Talent accelerators in Amsterdam operate in a pay-it-forward fashion to benefit the tech community at large, which leads us to our next point...

The sharing economy is alive and well in Amsterdam, as evidenced by the fact that an overwhelming 84% of Amsterdammers say they’re willing to participate within it. With this in mind, the Amsterdam Sharing City joint initiative was launched in 2013. It saw to it that ambassadors from startups, corporations, community centers, libraries, municipalities, and universities could all work together for the city’s benefit.

With all of these sectors involved, Amsterdam has seen several communal innovations come to fruition to enhance the community. For example, the AirBnB & Library program provides workshops for senior citizens throughout different libraries in the city, BPD (Bouwfonds) develops living environments for public spaces and housing based on principles of sharing, and other initiatives such as Saand, which helps facilitate logistics to sharing economy startups.

The Amsterdam Sharing City initiative gave way to a larger endeavor: the Startup City Alliance Europe. In partnership with B. Amsterdam, SCALE amplifies principles of the Sharing City initiative of Amsterdam to a collaborative effort city-to-city. In effect, Amsterdam’s collaborative community has created a ripple effect throughout all of Europe and has played a role in enhancing the continent’s tech sector! When it all comes down to it...

5. Amsterdam Is A Beautiful City That Hasn’t Lost Its Charm

With such a bounty of resources, ideas, and world-class tourism infrastructure, Amsterdam maintains an incredible lifestyle balance in areas such as cost of living, wellbeing, and health—all while staying an affordable place to live!

“Amsterdam is super relaxing in the weekends,” Manouk said, when asked about what she likes to do outside of NYCDA. “There are about 300 music festivals throughout the year, chill markets, cool tech meetups and awesome hackathons every week. We have some quiet parks where you can walk around and relax, famous brown cafes where you can snuggle up with coffee and a newspaper, and at night I always like to meet up with friends and explore the quite extensive creative music scene of the city.”

Despite the seemingly infinite amount of startups and tech companies in Amsterdam, everything fits into the city effortlessly and there’s so much to do within the confines and canals. Amsterdam’s top-down and bottom-up efforts to build our their startup community is a great model and signal for the future of sectors giving back to the community.

Amsterdam’s New York Code + Design Academy offers students a totally immersive experience within one of the most inspiring cities in the world. Come to one of our upcoming Open Houses held throughout the year to see what we’re about!